In Memory of Max

I have been thinking about Max a lot in the last few weeks.

Max was the driver who worked for World Vision and drove me 700 km. to meet, for the first time,  my sponsored child Njamba in 2011.

Max was kind, funny, a father to five and loving husband to his wife Fair who is a nurse at Kabwata Village in Lusaka, Zambia.

Max passed away of complications from diabetes in May 2012.

Egyptian physician Hesy-Ra of the 3rd Dynasty makes the first known mention of diabetes – found on the Ebers Papyrus – and lists remedies to combat the ‘passing of too much urine.’

Frederick Banting is born on his parents’ farm near Alliston, Ontario, north of Toronto and he opened his first medical practice on July 1,1920 in London, Ontario. Banting’s work leads to the discovery of insulin. On July 30, 1921. On August 4 the extract is called ‘Isletin’ for the first time.

I have just been diagnosed with type 1 diabetes and I feel that I have been blessed with a miracle. Because I live in a country where we have access to amazing medical care and more important, the medicine, I am alive today.

It was quite a shock to be diagnosed with Type 1 diabetes as it usually affects children, not adults. I am, practically over night, insulin dependent, which means I have to check my Blood Glucose ( sugar) levels and inject insulin into my system, before every meal and at bed time. My pancreas is no longer producing insulin.

1 in 3 people in North America are pre-diabetic.  As new lifestyles, imported dietary practices, and globalization take roots in the developing world, as Africa is, today, diabetes and its complications are considered an epidemic in Africa, compelling African governments to start paying more attention to its impact as thousands of Africans run the risk of dying young. The potential severity of diabetes is such that some epidemiologists predict that its economic impact and death toll will surpass the ravages of HIV and AIDS in the near future. On the African sub-continent, present literature and the work of the World Diabetes Foundation have highlighted three countries, namely, Mali, Mozambique, and Zambia. http://www.ncbi.nlm.nih.gov/pmc/articles/PMC2822152/

I am 58 years old and live in Canada. Max WAS around 59 years old when he died and lived in Zambia.

God Bless you Max. I wish things had been different for you! 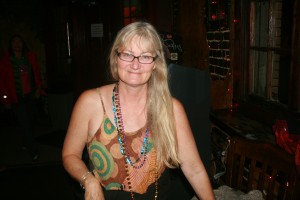